According to the JAMB board, it was disclosed that the most anticipated UTME mock date has been rescheduled to hold on the 26th of February.

Dr. Fabian Benjamin, the JAMB’s Head, Media, and Information, recently disclosed that in Lagos, quite a total of 245,753 of the 1,652,795 candidates that registered for 2018 UTME/ JAMB examination are expected to participate in the mock exam.

This is irrespective of the ongoing strike embarked upon by members of non-academic unions of federal universities nationwide.

However, Mr. Benjamin further disclosed that candidates who will be sitting for the UTME exam in March will soon be informed to start printing the examination receipt and in addition, notifications will be sent through E-mails likewise text messages on the schedules of their examination.

He emphasized that the examination was expected to be hitch-free because the board had successfully reduced incidences of malfunctioning of computers by electronically integrating the systems to see their functionality and effectiveness through link tests.

What this means is that, at the end of the exercise, whatever system that is not seen will not be used for the mock examination.

In previous examinations, this number of candidates would have paid for the forms but through our efficient and effective system of ensuring that candidates do not waste resources, we decided to introduce the profile generating regime.

By this method, candidates will first have to generate personal profiles before proceeding to obtain pins, in between which they are open to deciding whether to go ahead to pay for the registration documents or otherwise,” Benjamin explained.

The main UTME is expected to hold nationwide from March 9 to March 17.
Was this article helpful? Take an action by using the comment box below. 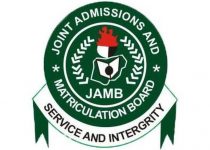 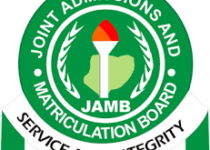