This article contains likely questions and answers on JAMB Independence which is compiled in a pdf format.

1. What did Uncle bola give to Tayo when he embarked on his journey to Oxford? Uncle Bola gave Tayo his best aso ebi.
2. As mentioned in the novel, who is Uncle Kayode? He was a senior army officer.
3. The statement “jeun daada o, omo mi. F’oju si iwe re o, de ma jeki awon obinrin ko si e lori” was uttered by who as used in the novel? Tayo’s Mother.
4. “You ought to be jolly proud of yourself, Tayo, and soon you’ll return to lead your country and make our school proud” This statement was uttered by who? Headmaster Faircliff.
5. What is the Ajayi’s Motto? In all things moderation, with exception of study.

6. Baba made an edict that forbade talking in the car because?
It distracted him.
7. In the Ajayi motto, all things are expected to be done with moderation except what?
Ans: Study
8. Who is Mr. Barker?
Ans: He His headmaster and Mr. Faircliffe’s old colleague
9. What reminds Tayo of his mother in the Barkers’ house?
Ans: Isabella cooks wonderful meals in a way that reminds Tayo of his mother
10. Christine was in her third year of study when?
Ans: Tayo met her for the First Time

11. What is Vanessa Richardson’s nationality?
Ans; English
12. What is the name of the friend that Vanessa wrote a letter to, concerning the status of women? Ans: Jane
13. The full meaning of JACARI is?
Ans: Joint Action Committee Against Racial Inequality
14. What are Christine’s reasons for putting an end to her relationship with Tayo?
Ans: Because she was called ‘clingy’ and the fear of her boy being snatched by some woman
15. The language of fun among Tayo’s Nigerian friends is?
Ans: Pidgin

16. What are the things that made Tayo remember home each time he is at Christine’s place?
Ans: Her cooking which reminds him of mama and the juju and highlife music she plays
17. What is the trait that Nessa cherishes in Tayo and that is absent in Charlie and Mehul?
Ans: Humility
18. What does Nessa mean by saying she has a ‘’small confession’’ to make?
Ans: She has connections to Nigeria as her father is a colonial officer over there
19. What did Tayo name Vanessa as?
Ans; Moremi
20. What delicacies did Vanessa’s mother make to welcome her daughter?
Ans: Chicken pie and cake

21. For what occasion did her mother ask her whom she was inviting?
Ans: Christmas party
22. Whom did Vanessa’s father invite for the occasion?
Ans: His South African racist miner friends.
23. How old was the Richardson’s house when Tayo attended a party there?
Ans: About 200 years
24. “We all get embarrassed by our parents”. Who said this?
Ans: Tayo
25: To whom was it said?
Ans: Vanessa’s

26. What, according to the narrator, did Nessa admire in Tayo when she visited him in the room and saw him organizing his records in piles?
Ans: His tidiness
27. Where did Simon suggest that they (him, Tayo and their two girlfriends) spend Easter?
Ans: Paris
28. Christine died by——?
Ans: Suicide
29. Why did Tayo feel guilty about Christine’s death?
Ans: His refusal to respond properly to her letters and not giving her attention
30. Who is the only family Tayo has in England?
Ans: Tunde

31. Why does Vanessa’s father detest Uncle Tony?
Ans: To him, he is unconventional to him and because he had the opportunity of achieving a place at Cambridge University which Vanessa’s father didn’t have
32. What qualities did the narrator ascribe to Nancy?
Ans; She is being described as having a ‘supercilious (arrogantly proud) tone and feigned generosity’

Were you able to see the JAMB In Dependence Question and Answers 2018? Appreciate us by using the comment box below. 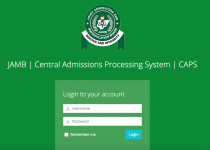